It’s All Within REACH 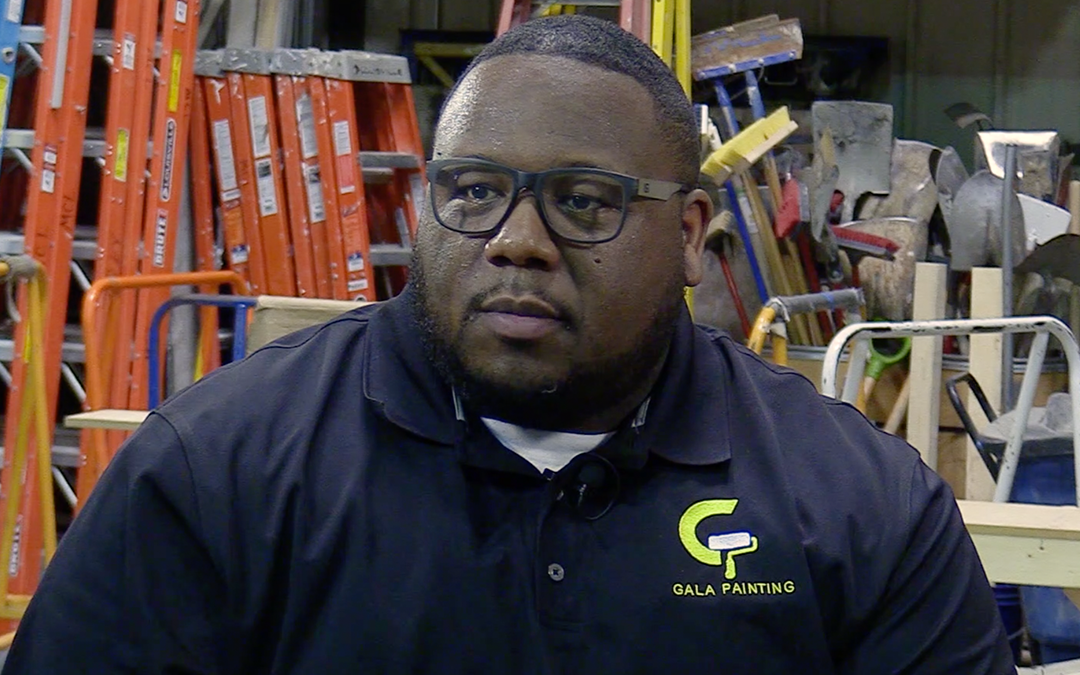 The idea emerged while Cameron Gales was working as assistant community relations director in the Mayor’s office.

“I saw how there was a lot of development in the city and a lot of opportunity for small contractors,” he recalled. “One night, I was sitting at the table talking to my wife and I said, ‘I’m going to open a painting business.’ Her response was, ‘You don’t own a truck, let alone a paintbrush.’”

Four years later, Gala Painting is not only properly equipped, it’s making its mark throughout Omaha – one coat at a time. The small and emerging, interior-exterior painting operation has landed several large contracts, including project work for Mutual of Omaha and Seventy Five North, a nonprofit leading the redevelopment of the Highlander neighborhood.

“The first time I saw the blueprints for the Seventy Five North project, I passed on them. I was concerned we weren’t ready. But, I had a lot of support from the REACH program and the developer of Seventy Five North – Othello Meadows and his staff – to take this project on.”

The Gala team completed the work – encompassing 19 multi-generational townhomes and 10 residential homes – ahead of schedule.

Cameron says his REACH involvement has been crucial to the company’s success so far: “The name pretty much describes it: REACH. It helps you reach for finances to fund your projects. My first interaction with (Executive Director Winsley Durand) was trying to get invoice financing to help float payroll.”

He continues, “I always say the same thing about Winsley: if you hang around him long enough, you’ll end up with some work. He’s pretty much involved in everything.”

“It was very intense,” Cameron says. “You had to be very transparent, and you have to hang your ego at the door when you come in.”

He was paired with Bob Carlisle, founder and president of MCL Construction. They met once-a-month to address needs, set goals and create action plans. (Gala’s Mutual of Omaha work spun from Cameron’s relationship with Bob and MCL.)

“Bob genuinely wanted to see my business be successful and provide me with any tool,” Cameron says. “He reminded me that, at one point, he was just like me. It’s awesome for someone to say, ‘I was where you are, but look at where we are now.’ That’s great mentorship.”

Cameron “graduated” from REACH Beyond in May and remembers his last day: “Bob said just because the program is over, that doesn’t mean you can’t reach out to us if you need something. That meant a lot.”

More than four years after that kitchen table discussion with his wife, Cameron is focused on growth. He says he will continue to reach with REACH – and he encourages other small and emerging business owners to see what the program can do for them: “As a small business owner, you don’t know what you don’t know until you need to know it.”

A comprehensive approach to ensuring our certified small and emerging businesses (SEBs) are ready to bid and capitalize on new projects – and reach their strategic goals.