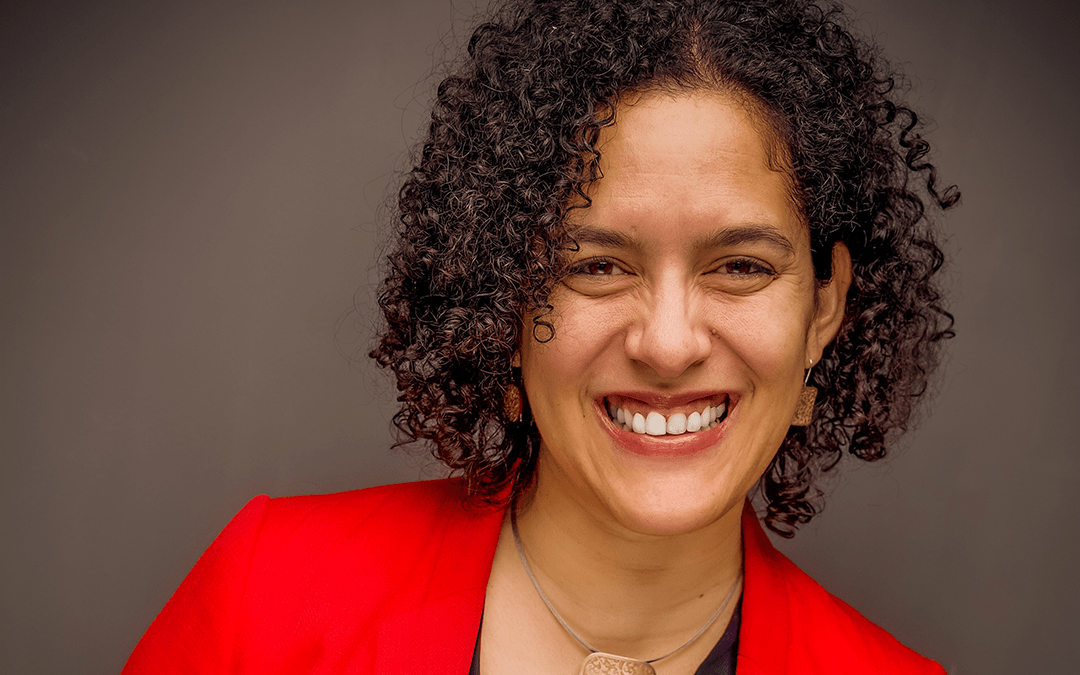 The Omaha Executive Institute is for senior-level executives who are new to their positions and/or new to the community as way to explore the issues, challenges and opportunities of Greater Omaha. Meet some of the trailblazers within the group.

“Lynda Shafer (the Chamber’s Leader ‘Leader’) is a gem, and the events have been wonderful so far,” she says.

Naomi and the rest of the 2019-2020 class launched their OEI experience in August. (Naomi’s husband, Todd, a sought-after aviation expert, was slated to participate with her but later had to decline due to new work obligations.)

For her part, Naomi is impacting the community as Program Director for Habitat for Humanity of Omaha – and there is a great, full-circle story there. When she and Todd met, she was a Habitat for Humanity of Omaha homeowner. (She’d been one of the first single, teen moms accepted into the program.) After she and Todd relocated to Omaha about two years ago – his first time living here, her second –  Naomi wrote a blog post about the power of home ownership and her connection with Habitat for Humanity. Habitat’s Executive Director and CEO saw the post and reached out.

“It just so happened that she was working at Habitat 20+ years ago when I got my home. She called and said, ‘Why don’t you meet me for coffee? It would be great to see you again.’ That turned into a job offer.”

In addition to her Habitat work, Naomi holds her real estate license and has spoken internationally several times, connecting her experiences to a “leadership-based, community-building mindset.” She also has authored a guidebook for kids called “Delhi Bound.” (There’s another great story there.)

After starting their married life in Georgia, the Hattaways moved to Ohio and then New Delhi, India. They were a family of five by then.

While Todd worked for and grew a family-owned aviation company, one of the first aviation companies in India, Naomi ran the local American Women’s Association and was involved with Make a Difference, a nonprofit dedicated to ensuring better outcomes for Indian children living in the slum across the street from the school her own children attended.

A pressing need of her own – a bout with a mosquito-borne illness called chikungunya – led Naomi to Singapore for treatment. She brought the three kids. Todd continued to live and work in India with occasional visits, but the strain on the family prompted a repatriation to Todd’s home state of Florida. A move to Ohio was next for the globe-trotting Hattaways and then, about two years ago, a job opportunity brought them to Omaha.

“My initial thought was, ‘Am I sure I really want to move back to Omaha?’ I was happy to move on to the next chapter of my life when I left Omaha, but it’s been good being back,” Naomi says.

As her OEI experience gains even more momentum, she says she’s looking forward to getting to know fellow executives in a way that’s “deeper than surface level” and looks forward to the ripple effect and impact that will come from the relationships formed with her OEI colleagues.

“We do business planning together,” Todd says. “We go home at night and get on the whiteboard and get in Visio and strategize. So, I think this is really going to be fun for us.”

Naomi says she’s looking forward to getting to know fellow executive in a way that’s “deeper than surface level” and to “hearing about the struggles that others in the community are having. … The impact that can come from this – the ripple effect – is huge.”

The Hattaway’s children, two boys and a girl, are 24, 16 and 13 respectively. The oldest is studying aviation at Iowa Western Community College. Ready to settle in after logging thousands of miles, Todd and Naomi say they’ve bought their “forever home” on the Elkhorn River.

“We’ve looked really hard at what is the next thing for us – what is our legacy?” Todd says. “It’s time for me to get more engrossed in the community.”

He and Naomi will have that opportunity when the next session of OEI opens in the spring.

The program explores the issues, challenges and opportunities of Greater Omaha to help participants understand the environment in which they are now doing business.