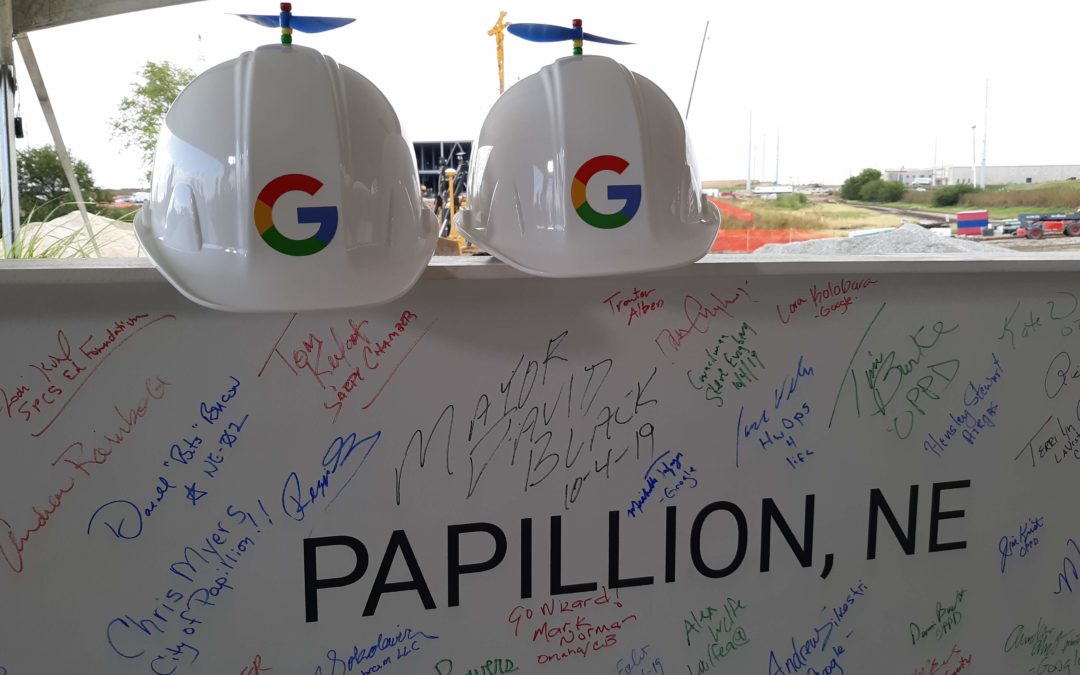 Omaha, NE., Oct 4, 2019  –  The Sarpy County Economic Development Corporation (SCEDC) and broader Greater Omaha Economic Development Partnership are celebrating the power of collaboration and the implications of the region’s latest economic win. Tech titan Google announced plans today to build a data center campus in Papillion in Sarpy County. The project will expand the workforce and create more than $500 million in capital investment.

“This is why we come to work every morning – to strengthen our community’s economic standing and help leading companies find their place in Greater Omaha,” said Andrew Rainbolt, executive director, SCEDC. “We couldn’t be happier to welcome Google to our Sarpy County community.”

Over the past two years, SCEDC and the Partnership played an integral role in securing the Google project, assisting with:

“Certainly, this cements Greater Omaha as a major location for enterprise data centers,”  said David G. Brown, president and CEO, Greater Omaha Chamber. “This accomplishment would not be possible without the power of the Partnership and Google’s continued confidence in the region, including their presence in Council Bluffs.”

Rainbolt echoed Brown’s remarks, “It was a privilege assisting Google and working with our community partners throughout this entire process. This was a true team effort.”

Google’s data centers support the core of its search engine, cloud computing, and YouTube businesses. The Sarpy County center enhances an already-significant Google presence in the metro area. Since 2007, the company has invested over $2.5 billion into its Council Bluffs data center operation, created more than 400 jobs on-site and awarded more than $2 million to local schools and nonprofits.

In Sarpy County, Google joins a high-powered data center community that includes Facebook, Yahoo!, Fidelity, LightEdge, TierPoint and The Travelers Companies. Google’s new data center campus will cover 275 acres and could include up to 2.4 million square feet when fully built-out.

About the Greater Omaha Chamber
The mission of the Greater Omaha Chamber is to champion a thriving business community and a prosperous region through visionary leadership and collaboration. This is accomplished by advocating for a strong business climate, creating opportunities for member visibility and business connections, pursuing investment and jobs for the region, strengthening leaders and the community and enhancing the region’s brand and image.

About Greater Omaha
Greater Omaha is a No. 1 ranked up-and-coming-tech hotspot and Time magazine’s 2017 No. 3 Most Up-and-Coming City in America. Recognized for its “We Don’t Coast” attitude, and named America’s No. 2 Best Small City, Greater Omaha is home to more than 30 communities and nearly 1 million people, with a youthful population (median age is 34.5), low cost of living and steady economic growth that outpaces the nation. Berkshire Hathaway, Mutual of Omaha, Peter Kiewit Sons’ Inc. and Union Pacific – all Fortune 500 companies – call Greater Omaha “home.”