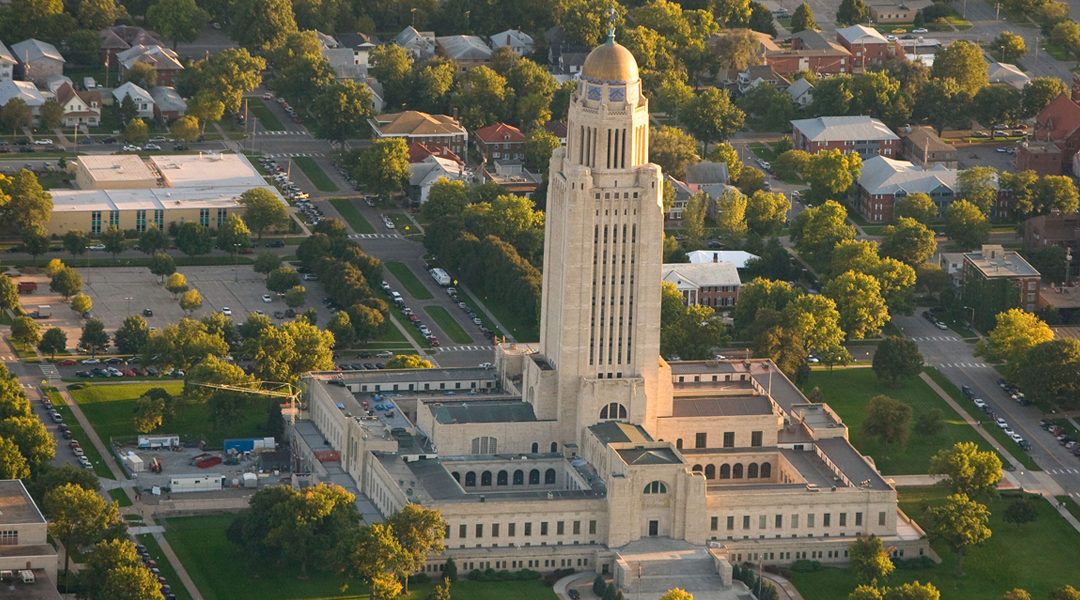 The Legislature wrapped the 2021 regular session on May 27 (at 11:14 a.m. to be exact, but who was actually counting the seconds.)

It was a remarkable session in a number of ways.  Senators (and the public) endured what were most often day-long committee hearings over a span of six weeks.  That compressed the floor debate schedule and led to a number of late-night sessions.  Even with filibusters and extensive debate filling the days and evenings, senators approved in the neighborhood of 200 proposals, including 78 of the senator, committee, and Speaker designated priorities.

Our primary mission going into 2021 session was to amend ImagiNE’s employee residency provisions.  As enacted, this disqualified employees who live across the river in Council Bluffs or ten feet beyond the Kansas border.  This was by no means an easy lift and took until nearly the end of the session, but senators gave their approval 34-10.

Along the way, there were other opportunities to pursue, and many of these efforts proved successful:

The 2021 session was also one of extensive tax debate.  Though senators are looking the 2022 session as one for comprehensive tax reform, there was a lot of discussion as to just what that might look like.  (A) Income tax; (B) Sales tax base expansion; (C) Property taxes; (D) All of the other taxes we pay directly or indirectly (from the motor vehicle tax to the inheritance tax to the litter tax; (E) All of the above.

This came with some progress.  LB 432, which was approved on a 42-1 vote, includes reducing Nebraska’s top corporate tax rate from 7.81 percent to 7.25 percent.  Perhaps that is not the most momentous rate reduction, but the current rate has been in place since 1991, and this puts us on the path to further reduce it to match with the individual income tax.

There were other accomplishments.  Senator Kolterman’s LB 147, which continues the Omaha Public Schools retirement system management transition to the Nebraska Public Employees Retirement System, with the aim of financial stability for the program and retirees, overcame a veto.  LB 451, Senator McKinney’s bill to provide workplace protections for people with protective hairstyles and other traits that might be deemed as racially or culturally associated, was approved 40-4.  This is just a small but important step in the broader effort.

LB 139 limits civil actions related to COVID exposure (prospectively only) when businesses follow federal COVID guidelines.  There are also other bills parked on Select File for January debate (including a resolution to the DACA youth unemployment compensation quandary), and others that remain in committee, such as the employment nondiscrimination measure.

Overall, though it took a good number of long days and long evenings, 2021 has been productive and furthered the Chamber’s mission.  It might have looked doubtful at times, but though senators (and a lot of other people) went home feeling a bit exhausted, many likely feel good about all that got done.  A new budget with many needs addressed but growth of an average of just over two percent; many proposals enacted; revenues remain strong; and the Cash Reserve is projected at over $800 million.

So now it’s on to the interim.  This will include not only the committee work on the numerous study resolutions (covering just about every issue you can think of).  This will also include, probably in September, a special session to handle redrawing of various districts following the delayed 2020 census.  District boundaries will be set for the US House of Representatives, the Legislature, state courts, University Board of Regents, and the state Board of Education.

This will not be simply math.  There will be considerations of factors such as what might be deemed as rural versus urban, preservation of representation of “communities of interest,” which would include those in the Omaha metro, and just how much deviation from truly equal district-to-district population among districts should be allowed in order to accomplish those goals.