How Regions and Organizations Stay Competitive 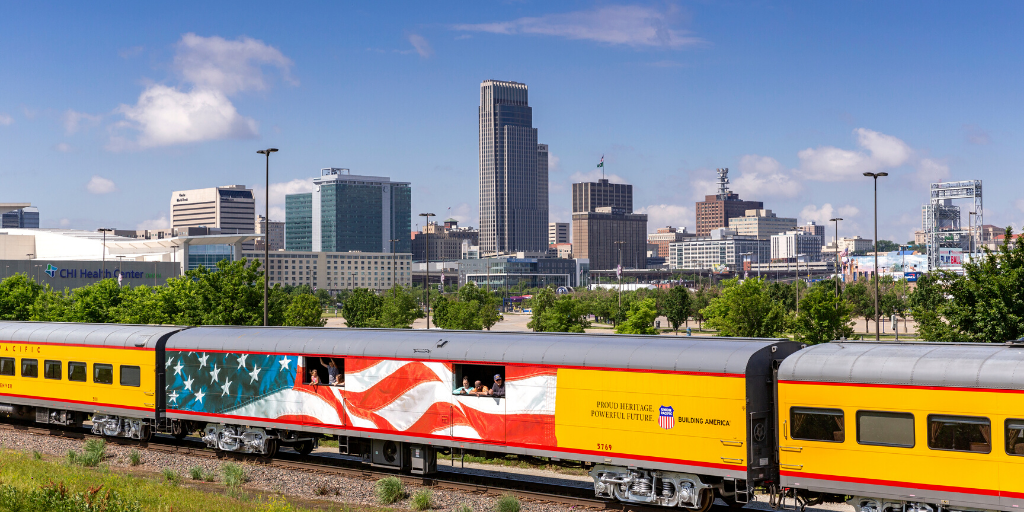 This article is part of a series titled From the Ground Up.
Pt. 1: Inside Site Selection
Pt. 2: How Regions Stay Competitive
Pt. 3: How Organizations Fit into a Community

More than 150 years after Omaha and Union Pacific became intertwined – a history dating back to President Abraham Lincoln and the Transcontinental Railroad – Omaha is a thriving, striving metro of nearly 960,000 people. And, Union Pacific Railroad is one of America’s leading transportation companies. Both the city and the Fortune 134 are committed to forward motion, perpetually seeking strategies to remain competitive and growing. 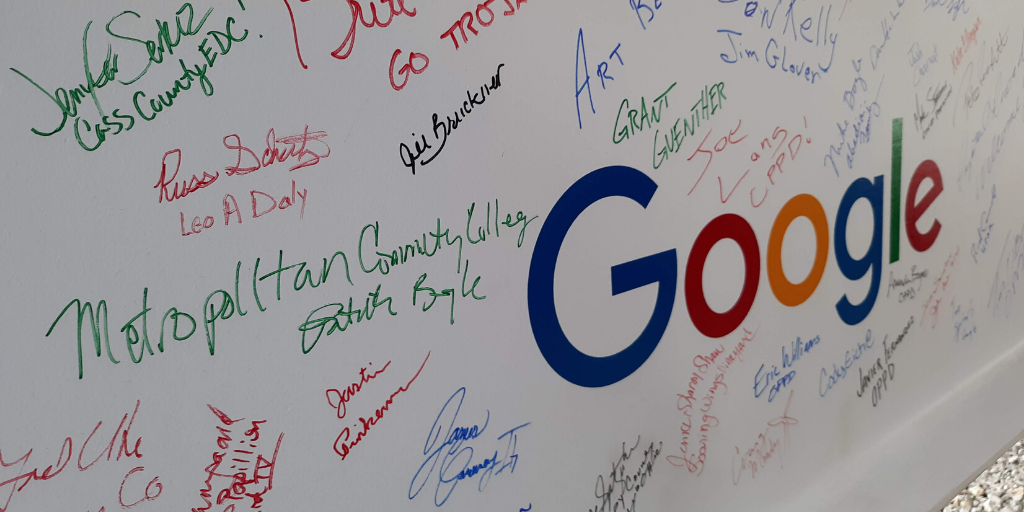 To help sustain its growth and edge, the Greater Omaha region has at its service the Greater Omaha Chamber and the Chamber-led Greater Omaha Economic Development Partnership. In 2019, the seven-county Partnership landed 36 projects worth $1.03 billion in new capital investment and encompassing 2,300 new and retained jobs. Those landed projects included the $600 million Google data center in Papillion, which is benefitting from incentives in the sunsetting Nebraska Advantage Act.

The Critical Importance of Economic Incentives

Brown said economic development is not an expense to the budget but rather an investment in the state.

“This is easy to prove,” he said. “Last year, as part of the Blueprint Nebraska process, research showed a 1.24 rate of return on incentives offered by the State of Nebraska. That means for every dollar of incentives earned by companies, $1.24 was returned to the state in the form of tax receipts. In fact, you could make the case that incentives are the only investment the state makes that immediately drives revenue into state coffers,” Brown said.

Now, the Chamber is intent on getting the measure passed during the current legislative session. At the Chamber’s recent annual meeting, Brown underscored its value with an appeal from the podium: “Call your state senator today and tell them how important LB 720 is. Tell them we need to have it passed this year.” 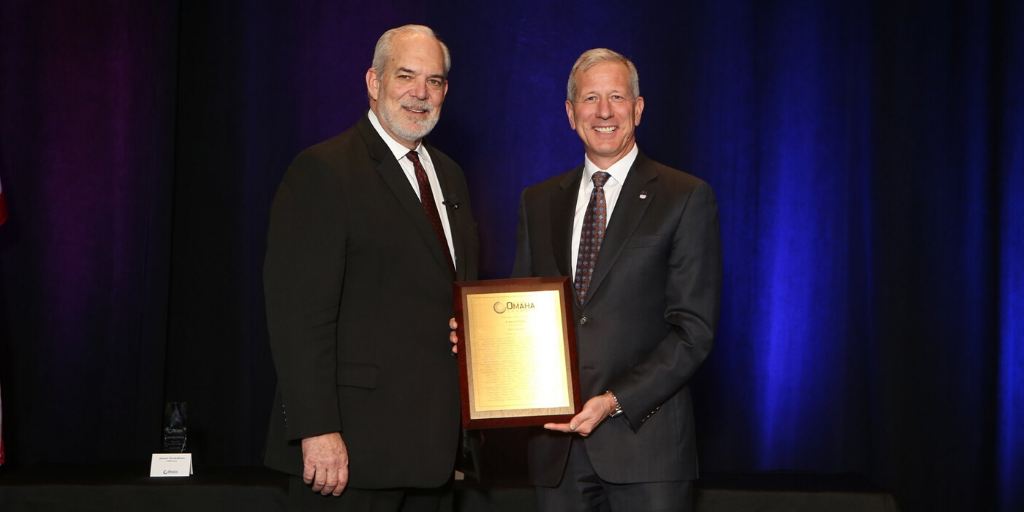 “We have to pass LB 720, the ImagiNE Nebraska Act. We have to. We have projects in cue that are waiting for this to occur, and if it doesn’t occur this session, they will move to second and third place options,” Burke said. “If you’re not in the incentive business as a state, economic development will dry up in many cases, and we’ve seen that in other states. It’s just required.”

Fritz, who served as Board chair in 2019, called LB 720 “a critical arrow in the state’s quiver so that we can attract and retain large employers.” He added, “Incentives are table stakes in today’s battle for jobs, specifically attractive economic growth jobs.”

Calculations show that economic development projects utilizing the sunsetting Nebraska Advantage Act from 2006-17, earned $415 million of incentives from the State of Nebraska. Those same projects generated $516 million in additional tax revenue. The 16,300 jobs created directly by these employers who received incentives generated an additional 34,200 jobs in the state.

Google’s Dan Harbeke, regional head of public policy and external affairs, said some of the state’s economic policies and programs “were certainly meaningful” when it came to evaluating the merits of locating their $600 million data center facility in Papillion.

Beyond incentives, Brown, Burke and Fritz also agree that any region or company that wants to stay competitive must embrace the trifecta of diversity, equity and inclusion. 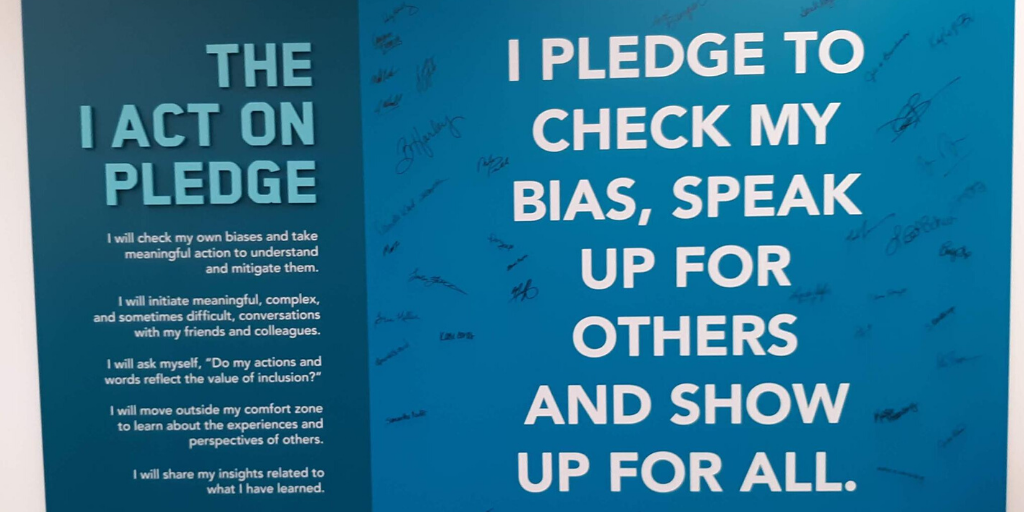 “What’s so encouraging is how the executive committee of the Chamber Board and the Board itself has leaned into and accepted the challenge that our city, as part of a more accepting state, has to be more inclusive,” Fritz said. “We are growing more diverse – and that’s a good thing. It makes us stronger, and in doing so, we have to grow more inclusive so that we can attract the talent that we need to be all that we can be.”

Speaking as the current Chamber board chair, Burke said, “We are going to engage the leadership of this community on this topic. It is a strategic imperative that was focus-in on this.”

The Chamber’s economy-building talent strategy focuses on embracing diversity as one prong in its effort to develop, retain and attract top talent. Its newest talent development offerings, initiated with public/private partners, include:

“Together, these efforts represent an intentional effort to attract new tech talent, improve the economic well-being of the underemployed population, and show companies how to succeed in hiring and retaining a diverse workforce,” Brown said.

To further accelerate Greater Omaha’s competitiveness game, the Chamber is a leading catalyst for start-up creation through The Startup Collaborative (TSC). In 2019, TSC helped inspire and support the launch of 48 tech startups.

“As a whole, the Greater Omaha community is moving toward more necessary action related to supporting startups. The Chamber put the flywheel in motion. Planting a flag and saying, ‘we need more and better startups,” was the kick in the pants our region needed. Now, there are more than 60 founders working on concepts with The Startup Collaborative at any given time. The intentionality and boldness of the Chamber to focus on company building, first, was the catalyst this community needed,” said Erica Wassinger, a TSC co-founder and the Chamber’s Senior Director – Entrepreneurship & Innovation.

Just as any individual investor should diversify their portfolio, Wassinger said a strong, competitive business economy needs to be diversified too.

“Our focus is primarily on the tech-enabled or software-centric startup creation, intentionally so Omaha’s industries can stay ahead of emerging technology. This focus on tech also allows for more rapid job growth, wealth creation and distribution, for that matter,” Wassinger said. 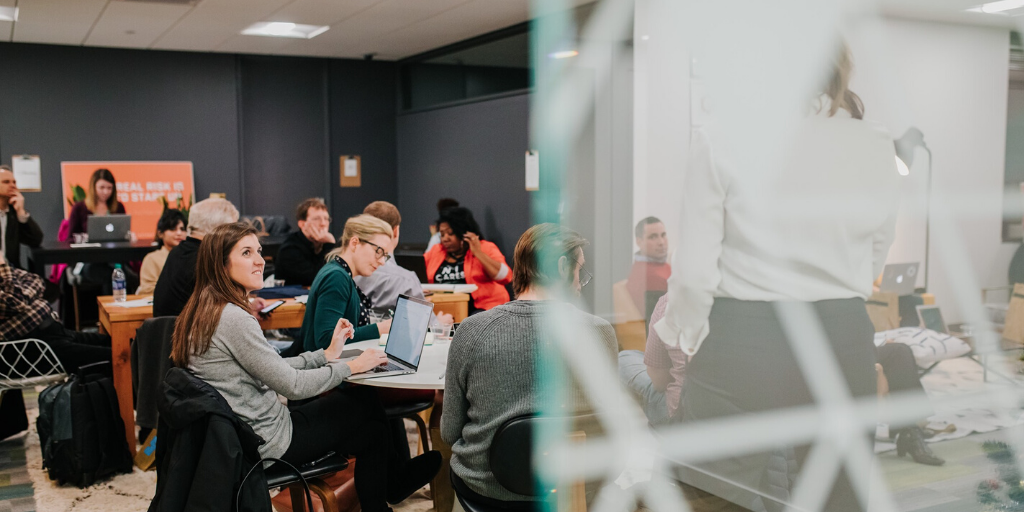 The Kauffman Foundation estimates that startups (companies that are less than 2 years old) are the largest catalyst for net-new job creation. Beyond creating jobs for employees, startups create wealth for founders. Some estimate that the average net worth increases 4.1 times for Latinos, 7.7 times for African Americans, and 2.2 times for women with business ownership.

“As a community, we’re at a tipping point,” Wassinger said. “There’s more companies trying to raise money for their first product than ever. We have an opportunity to not only catalyze this companies but also capitalize them. That’s next!”

The future also includes the implementation of Blueprint Nebraska, A strategic plan to continue “growing the good life” for all Nebraskans in the years to come and a project Union Pacific’s Fritz is helping to lead.

“It wasn’t a hard sell to get me involved in Blueprint Nebraska,” Fritz said. “The state of Nebraska is critically important to Union Pacific. We employ 7,000 people in the state; it’s where our corporate headquarters is located, and if we’re going to be here, we want to be in a state that’s thriving economically and very welcoming,” Fritz said.

Blueprint Nebraska’s key aspirations, with a 2030 goal, include:

“There’s been a lot of research, certainly here in Omaha, regarding what our citizens want in terms of being able to navigate the city and benefit themselves. They want an ‘all of the above’ available strategy. Each of us, periodically in our lives, wants access to good walking paths, good bike lanes, good rapid or mass transit,” Fritz said. “In order to attract and retain the very best to Omaha, we have to offer all those options because different pieces of the population want different things.”

The Chamber helped launch a similarly oriented project last year – ConnectGO, a transportation initiative that is “focused on crafting a long-term strategy for building a fully integrated, multi-modal transportation strategy as a requirement for a city and a region of the future,” Brown said.

From transportation to tax strategy, incentives to inclusion, the state and region are prioritizing competitiveness. Google noticed.

“From day one, this whole region has been competitive when it comes to workforce and resources,” Harbeke said.

Fritz, who leads a company that’s literally grown up with Omaha, says competitiveness is always top of mind for him and the broader Fortune 500, viewed from a perspective of vision, purpose and values.

“We always go back to those touchstones,” he said. “We’re constantly looking at what we can do to create value for our customers in their supply chains. Our purpose is to be the world’s best at doing that – the safest, most reliable, most efficient freight transportation provider. We’re building America. We’re connecting our country to the world. We’re connecting our communities to each other.”

FinTech is at Home in Omaha

Some of the biggest names in financial technology choose Omaha because of our low cost of living, friendly business climate and highly motivated workforce. This powerful combination feeds our steady economic growth and yields a strong return.