Inside the Site Selection Process 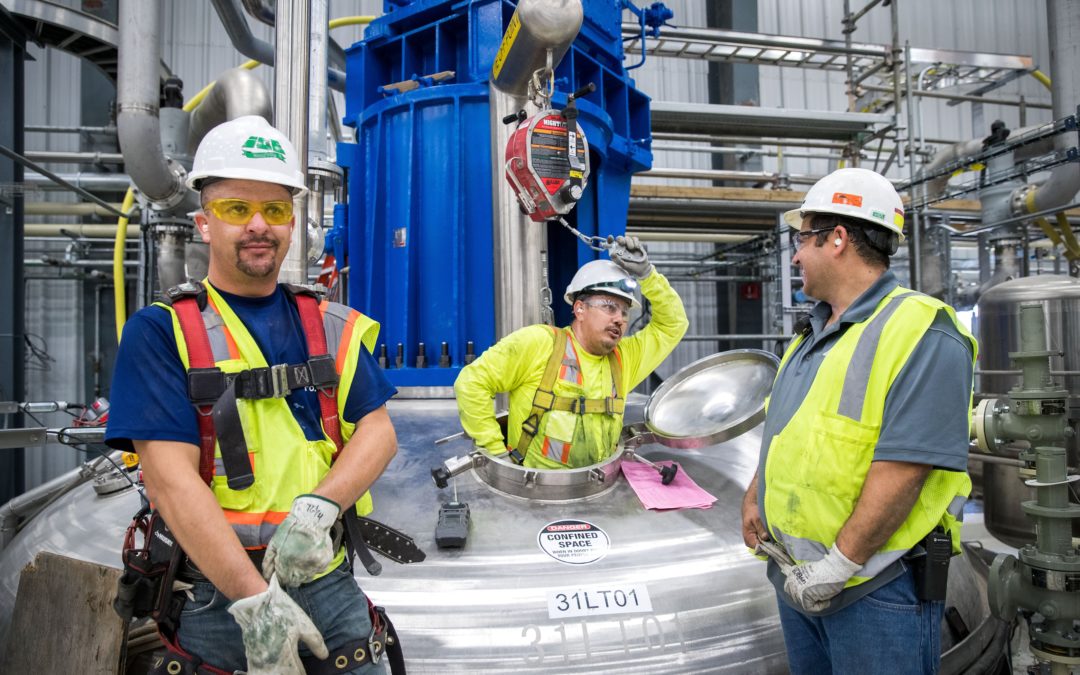 This article is part of a series titled From the Ground Up.
Pt. 1: Inside Site Selection
Pt. 2: How Regions Stay Competitive
Pt. 3: How Organizations Fit into a Community

It was another one of those reverberating economic wins – tech company Google unveiling its plan to build a data center campus in Papillion in Sarpy County; its second in the Greater Omaha-Council Bluffs metro area. Dubbed “Project Wizard” during the confidential site selection phase, Google broke ground very publicly in October, promising to expand the local workforce and create more than $600 million in capital investment. 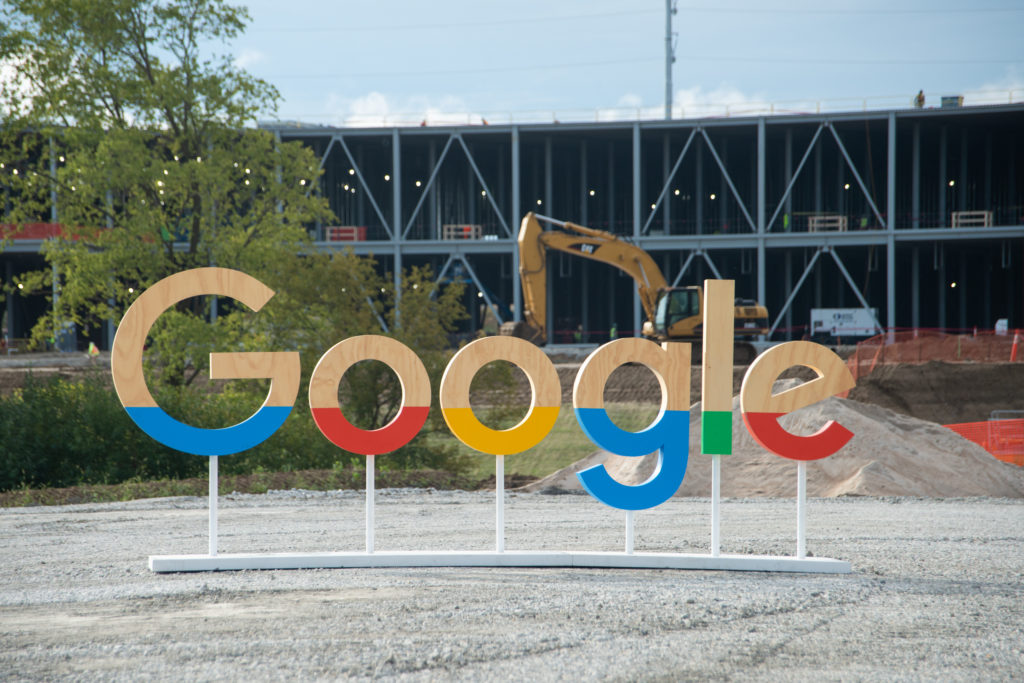 For Google, the Sarpy County site – 275 acres northwest of Highway 50 and Schram Road on the west side of Papillion – checked all of the boxes, offering access to those data center necessities: affordable, reliable, renewable power, bandwidth and infrastructure; a skilled workforce; water for cooling; affordable real estate; disaster avoidance and economic incentives.

“It’s also about working with a community that’s excited to work with us, and I think we felt that excitement from the beginning,” said Dan Harbeke, Google’s regional head of public policy and external affairs.

So how did the magic happen for “Project Wizard?” What did – and does – the multi-dimensional site selection process look like behind-the-scenes? That is a story of collaboration and client service, ready options and fast action.

With Google, the process began in 2017, shortly after Facebook announced its plan to locate a data center in Sarpy County. Google contacted the SCEDC directly – one of several ways the site selection gears start to turn.

Some companies, searching for land or an existing building, will work, initially, through a site selection consultant, a real estate agent or the Nebraska Department of Economic Development. (The department then funnels requests for site information to the variety of economic development organizations across the state, including the Partnership and its members.) Sometimes project leads will come in through a utility company – Omaha Public Power District (OPPD), for example, working with a customer who wants to expand – or as a result of Chamber business retention and expansion visits. 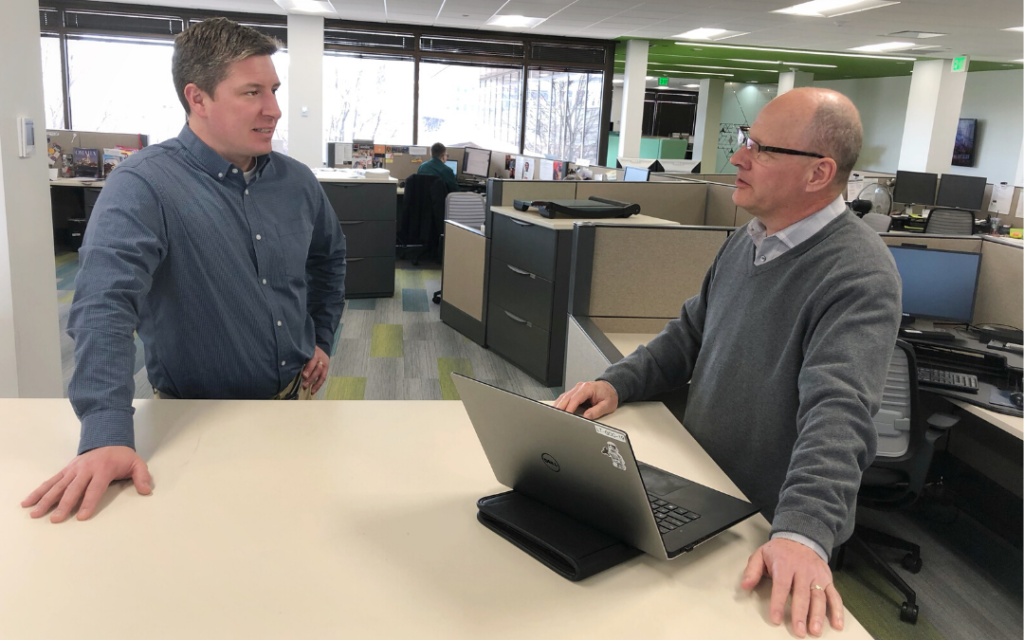 “We’ll go out and visit with 400 companies each year and say, ‘Do you have growth opportunities?’ We may identify a project through that, and then we work to help those companies see the opportunities, get hooked up with incentives and grow,” said Mark Norman, the Chamber’s senior director of client services.

The Metro Area Has a Unique Approach to Economic Development

Metro area economic development is unique in that seven counties participate in the overarching Greater Omaha Economic Development Partnership, one of the few economic development programs to work collaboratively across boundary lines. By design, the Partnership is intended to deliver one-stop convenience for site selection consultants nationwide and a wider range of business, talent and investment options for prospective companies and clients. The seven partnership organizations are co-located at the Greater Omaha Chamber. 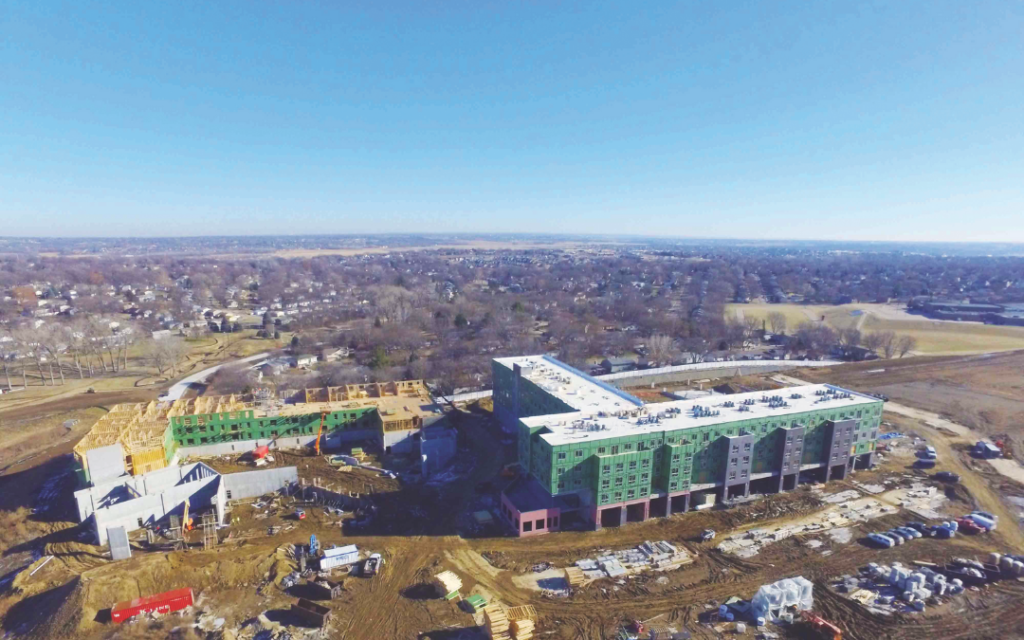 “When a project comes in to our office – say the client is looking for a 50,000 square-foot building – we will then communicate out to all of our partners, all of our seven counties,” Norman said. “We submit all of the properties that meet the client’s needs, and we let them decide which ones they wish to pursue further. Then, as we go through the process, we’ll package all of the information, and we’ll send it off to the source of the lead.”

With site selection, SCEDC’s Rainbolt said every prospect looks at three things: “Do we have a place for them to build or a building that they can move into? Do we have the labor that can do the work? And what’s the cost of doing business in the market? It always starts at a high level. The more we can work with them, the more questions they ask and the more detailed the questions become.”

As clients narrow their focus to leading buildings or sites, economic developers begin coordinating site visits and meetings with key players, such as city administrators and workforce developers, as well as representatives from the utility companies and state agencies, including the Nebraska Departments of Revenue and Economic Development.

“When you look at the state of Nebraska, some of the economic policies and programs they have were certainly meaningful when it came to the overall evaluation of whether it made sense to locate this $600 million facility in Papillion,” Harbeke said. “The Nebraska Department of Revenue was an excellent partner in helping us think through locating a site of this magnitude in a state like Nebraska and ultimately in the city of Papillion.”

Google broke ground on its Papillion data center campus in October of 2019. Harbeke says members of Google’s site selection team, who were involved at the granular level, found the entire two-year process very rewarding. “Everyone they came into to contact with, from day one through the groundbreaking, understood the magnitude of our investment in the area. And every one of them helped, ultimately, to make this happen.”

Google’s data centers support the core of its search engine, cloud computing, and YouTube businesses. The Sarpy County center enhances an already-significant Google presence in the metro area. Since 2007, the company has invested over $2.5 billion into its Council Bluffs data center operation, created more than 400 jobs on-site, and awarded more than $2 million to local schools and nonprofits.

In Sarpy County, Google has joined a high-powered data center community that includes Facebook, Fidelity, LightEdge, TierPoint, The Travelers Companies and Yahoo! (now Verizon Media). The successes underscore the fact that data center attraction has long been a key target for SCEDC and the Partnership.

“In our data center cluster, we recognized that we could compete pretty well for those projects,” Rainbolt said. “We started back a little over 10 years ago with the Yahoo! data center in La Vista. Then, we had Fidelity and Travelers, Facebook and now Google. Where one has success, the others have confidence that they can have success too.”

To further facilitate the site selection process – and increase the region’s competitive advantage – the Partnership launched its Go! Ready Site Certification Program about eight years ago. The Partnership controls, performs due diligence on and engineers available tracts of land to provide a direct pathway to development.

OPPD’s President and CEO Tim Burke helped conceive the idea for Go Ready!, while chairing the Chamber’s Economic Development Council. At the time, his OPPD predecessor, former CEO Gary Gates, was chair of the Chamber Board.

“We said we need to set up a site development team to pre-option sites and certify them so that they are ownable and ready. Infrastructure cost is known and understood,” Burke said. “We’d gotten some really good feedback from consultants. They were saying, ‘Listen, you can’t be offering greenfield sites. That’s old school economic development. They have to be owned and controlled.’”

Norman latched onto the idea and was instrumental in its implementation.

“The Go Ready! program keeps us in the game,” he said. “It keeps us from getting checked off the list.”

“By having a Go Ready site, it makes us more competitive,” he said. “One of the biggest changes we’ve seen over the last few years on some of these bigger projects (is) they’re always considering other options outside the Omaha area. You have to move fast enough to land them.” 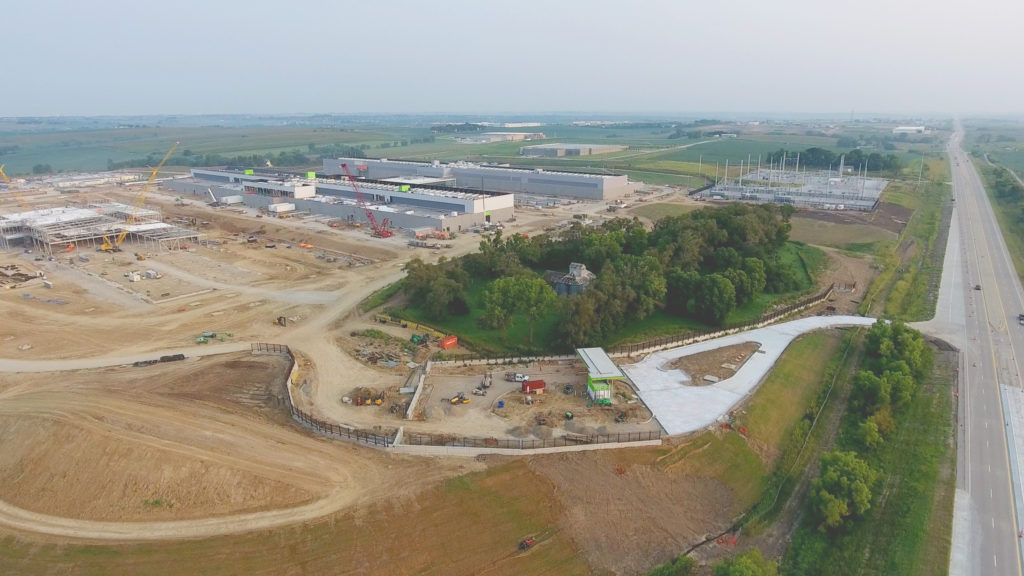 “Most of those Go Ready! sites are gone now, and we’re in the process of going through and re-certifying more sites for site development,” said Burke, who serves as the 2020 chair of the Chamber Board.

Beyond having employees serve on Chamber boards and councils, OPPD, as a utility, is actively involved in the site selection and economic development market.

With each landed project – From Yahoo! to Fidelity, Facebook and Google – what begins with a request for information ends with a vigorous shake of the cowbell.

“We do have a cowbell that we ring that goes back to Yahoo!. That was the name of that project, Project Cowbell. Now we use that to celebrate all of our wins,” Rainbolt said. “When we hear the cowbell ring in the office, everyone comes running, and we make an announcement.”

That’s another positive aspect of operating within a regional economic partnership. “When we do land a project, then it’s a regional win,” Norman says. “Everyone celebrates. Everyone is happy.”

FinTech is at Home in Omaha

Some of the biggest names in financial technology choose Omaha because of our low cost of living, friendly business climate and highly motivated workforce. This powerful combination feeds our steady economic growth and yields a strong return.