OMAHA, Neb., October 20, 2022 – Today more than 100 attendees gathered at the University of Nebraska Medical Center (UNMC) to learn about Nebraska’s contribution and leadership in the bioscience and medtech industries. The Innovate Conference, hosted by the Greater Omaha Chamber, Bio Nebraska, Omaha Public Power District and UNeMed, put a spotlight on the many Nebraska-based medical breakthroughs and unique opportunities that have propelled advancements in public health, patient outcomes and commercial patents.

“Nebraska is a global leader in medical technology and bioscience innovation,” said Dr. Michael Dixon, president and CEO of UNeMed, the technology transfer and commercialization office for UNMC. “The research done here impacts the health and wellness of people across the world. We often think of Nebraska as an integral part of the agribusiness ecosystem, but our contributions to biotech cannot be overstated.”

“These one-of-kind research and innovation centers are a crown jewel for the life science cluster we’re building here in Omaha,” said Mark Norman, senior director of business attraction and expansion for the Greater Omaha Chamber.

“The Innovate Nebraska conference was a great opportunity for us to connect the amazing breakthroughs being made in Nebraska with business leaders who can help bring those innovations to market and grow our local medtech ecosystem.”

About Greater Omaha
Greater Omaha is a “Top 20 Place to Live” and one of the “best cities for young professionals” according to SmartAsset . The largest city in Nebraska, a “Top 7 State for Business”, Greater Omaha is home to more than 30 communities and nearly 1 million people.
About the Greater Omaha Chamber
The mission of the Greater Omaha Chamber is to champion a thriving business community and a prosperous region through visionary leadership and collaboration.
About UNeMed
UNeMed is the technology transfer & commercialization office for the University of Nebraska Medical Center and the University of Nebraska at Omaha.
About Bio Nebraska
Founded in 2005, Bio Nebraska is a non-profit trade association dedicated to supporting Nebraska’s bioscience sector and ensuring the sector grows and thrives.
About Omaha Public Power District
Omaha Public Power District is a publicly owned electric utility that serves an estimated population of 853,000 people, more than any other electric utility in the state. 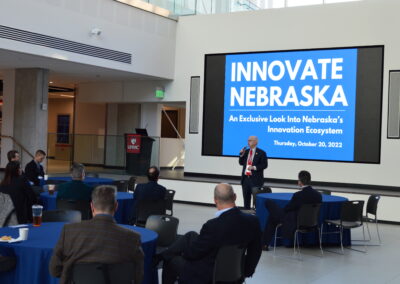 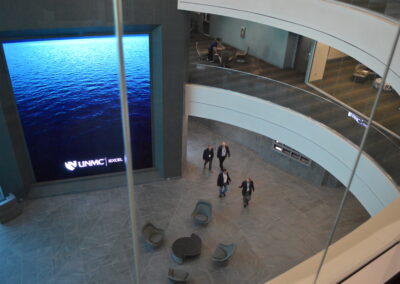 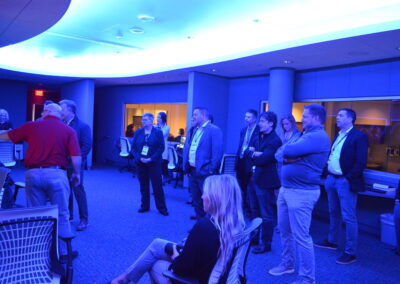