Advocating for a Pro-Business Climate 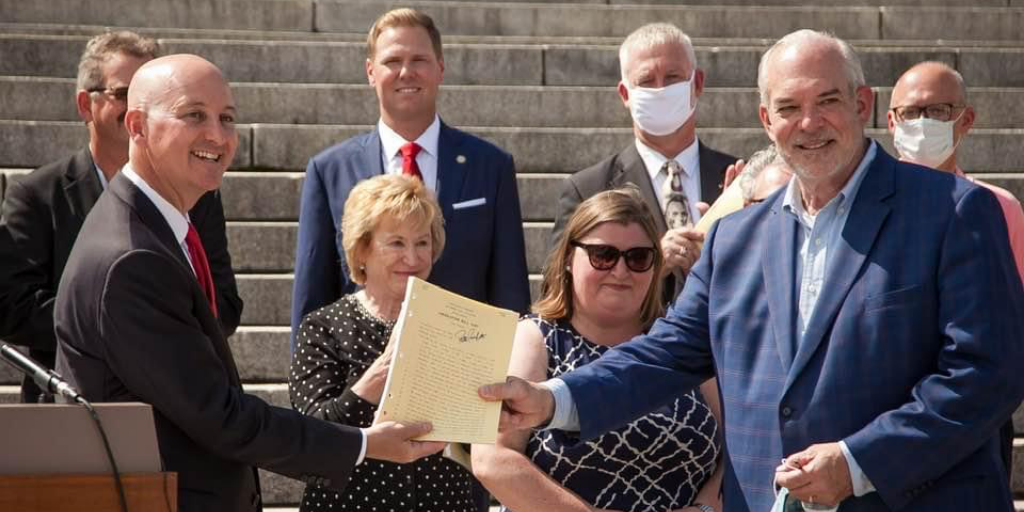 At the Greater Omaha Chamber, it’s our mission to champion a thriving business community and a prosperous region. To do that, we head up initiatives that focus on people, place and business growth. Legislation plays a role in all of this. So, we advocate for public policy that fosters a pro-business environment.

Not only should existing businesses thrive, but the region must stay attractive to new and expanding businesses. When companies locate new facilities here, it creates jobs and boosts our economy. That’s good for everyone.

Offering tax credits and other economic incentives makes our region attractive to businesses. Nebraska’s existing incentives legislation (the Nebraska Advantage Act) was set to expire at the end of 2020, so in 2019 our public policy team got to work. Since membership supports our advocacy, we thought we’d give you a peek behind the curtain to see how our team helped to craft and ultimately pass, a new economic growth package.

Simply put: business incentives are a necessary (and important) part of economic development.

“Every state offers incentives and every company has the option to expand or locate anywhere they choose,” said David G. Brown, president and CEO, Greater Omaha Chamber. “The site selection process that companies go through is actually a site-elimination process. Without incentives, we give site selectors an automatic pass on Nebraska.”

From 2006 – 2017, economic development projects earned $415 million of incentives from the state of Nebraska. Those same projects generated $516 million in new tax revenue and 50,500 jobs. We think those numbers speak for themselves.

More than a thousand companies chose to expand or build new facilities in Nebraska in the past 20 years. Those that qualified for incentives and received them have:

However, the Nebraska Advantage Act also included a built-in sunset provision. This meant the bill would eventually expire at the end of 2020. Knowing this, the Omaha Chamber Public Policy Team jumped into gear. We gathered legislators, stakeholders, the business community, Governor’s office and Nebraska Department of Economic Development. Together, this group collaborated on new incentives legislation. The “ImagiNE Nebraska Act” (LB 720) would ensure that incentives would still be available for future Nebraska projects.

Introduced during the 2019 legislative session, LB 720 was more than just a renewal of its predecessor. It contained many improvements like:

“The ImagiNE Nebraska Act is vital to the sustainability of our state’s future, and ensures opportunity for all, thanks to mindful attention to incentives,” said State Sen. Mark Kolterman of Seward, who sponsored the bill. “We are committed to attracting top talent, and creating jobs that benefit Nebraska and the workforce of tomorrow. LB 720 does exactly that.”

The Chamber was relentless in its work to advocate for ImagiNE Nebraska Act and the continuance of business incentives, and for good reason. According to GoodforNebraska.org:

“Incentives are necessary for us to compete. If you look at what they do for a business, they help you grow and attract new ones, said Sheri Andrews, President & CEO, Lozier Corporation. “[They] can also attract new populations to the state.”

Unfortunately, the bill eventually stalled because some senators felt property tax relief was a higher priority than business incentives. The stalemate, however, brought all sides back to the drawing board where they spent the summer and fall of 2020 hammering out a solution that could fuse both issues together.

“All the ingredients are there (for a compromise),” North Platte State Senator Mike Groene said. “We just need to figure out how to mix them together.”

And figure it out they did. 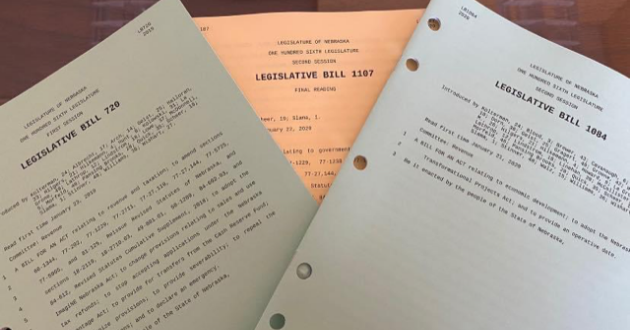 But, unlike other programs, these economic incentives are performance based. Meaning, they’re not doled out on the basis of future investments. Businesses that have already created jobs earn incentives.

The bill was also focused on making the ImagiNE Act more transparent and included a rural investment and job creation tier and a key employer retention program. Additionally, business incentives are capped at:

With all sides satisfied with the many compromises, LB 1107 was passed in the Unicameral with 41 of the 49 state senators supporting the bill.

“Passing LB 1107 represents a huge win for our state. It keeps Nebraska competitive with other states, and continues to position us well for growth and accelerated recovery in the post-pandemic economy,” said David G. Brown, president and CEO, Greater Omaha Chamber. “This was truly a collaborative effort and I congratulate all the elected leaders in our Legislature who showed how we can come together for the greater good.”

“This is a triumph of leadership and compromise that will lead Nebraska into the future. It is the result of intentional efforts from development professionals, business leaders and policymakers,” said Tim Burke, president and CEO, OPPD, and Greater Omaha Chamber’s chairman of the board. “There is no doubt that everyone across the state will benefit from the increased opportunity represented by the passage of LB 1107.”

By being a member, you helped make this legislation possible. Our advocacy efforts are supported by seven percent of membership dues.

By being a member, you added to the community’s collective voice and made the needs of Nebraska businesses heard.

By being a member, you ensure our legislative work continues. The work we do with our leadership and state senators to identify and craft legislation helps our entire region prosper.

Join our Community of 3,000+ Businesses

Together, we accomplish more than any one person or business can accomplish alone.